I woke feeling a little apprehensive. A 10 hour English Channel training swim was in store with waves, jellyfish, sickness and exhaustion to look forward to.

My previous longest swims have been 7 hours with Durley Sea Swims so this ten-hour swim was to be a lot further than I've swum before and forecast was for some breezy and bumpy conditions. I wanted to do this swim as a kind of dry run for my Channel swim and a chance to give my feeding plan and equipment a final test before the big day itself. As well as a tough physical challenge the day was also going to be good mental training as the water is still cold and there was a significant wind chill. In addition I expected to meet a fair few jellyfish, and the choppy sea also meant I was likely to swallow much of it.

We left Weymouth marina with Tom at the wheel and Marc and Cold Wet Wife as crew. Conditions were looking slightly better than I'd anticipated and a few minutes later, just before 8am, I was over the side and swimming north-easterly along the coast.

At my usual training spots in Poole Bay we only tend to see the large Barrel Jellyfish which are big but fairly benign. There were a few of those around but nothing too serious. I later found out that a conversation had then ensued between Tom and Cold Wet Wife during which she pointed out that I'd been lucky up to now as I hadn't suffered any stings while training. She kindly expressed her anxiety for my mental welfare by suggesting that it could actually be good for me to meet a few more jellies, just so it wouldn't come as too much of a surprise in the Channel. So Tom pipes up, "Oh really? Let's take him over to Portland then, there'll be loads there, that should get him a few stings".

We headed back towards the marina and then south towards Portland Harbour. And yes, pretty much straight away there were lots of jellies! Plenty of large Barrel Jellyfish and quite a few Moon Jellies. These didn't worry me too much but then I started seeing Compass Jellyfish which have a reputation for being more painful. I wasn't stung immediately and supposed that maybe the choppy conditions were causing them to swim a little deeper allowing me to swim over the top of most of them. In fact they're quite beautiful and I began to spend the time wondering what it was they thought about, and if it was any more interesting than what I usually thought about while swimming. I did eventually get stung of course but at least it took my mind off how cold I was feeling. I soon realised that the jellies aren't worth worrying about as you probably won't see the one that stings you anyway!

Tom, Marc and Cold Wet Wife seemed disappointed that I hadn't yet been sick, developed hypothermia or suffered paralysing jellyfish stings, and maybe it was at that point they decided just to try to drown me and have done with it. So off we went across the entrance to Portland Harbour. A fresh breeze blowing against the tide gives steep waves which makes life quite uncomfortable on a small boat let alone for a swimmer. There was little distance between the crests and the waves appeared to stand up like almost like stopper waves on a river. I couldn't see the boat when in a trough and just focused on the next part of the breakwater, some 200m away.

I glanced at my watch and noticed that I'd just passed the nine-hour mark. Time is weird on long distance swims - the first hour takes an eternity as do the last ten minutes, but apart from that I always find that the minutes tick by faster as the swim progresses. I'm not sure whether the feeling of relief was because the crew had given up trying to find ways of killing me or just because the swim was nearly over and I had some warm clothes to look forward to. Anyway just a relatively easy swim back to where we started to bring me up to the intended ten-hour swim time.

Joking aside about my crew's homicidal tendencies, they were totally fantastic. Tom's trained Channel swimmers since 1951 and Marc is a former world champion long distance swimmer and veteran of several Channel swims, as such they both instinctively knew what sort of condition I was in and what I needed on feeds. Their help and advice has been invaluable and I finished the swim uninjured, confidant and smiling. 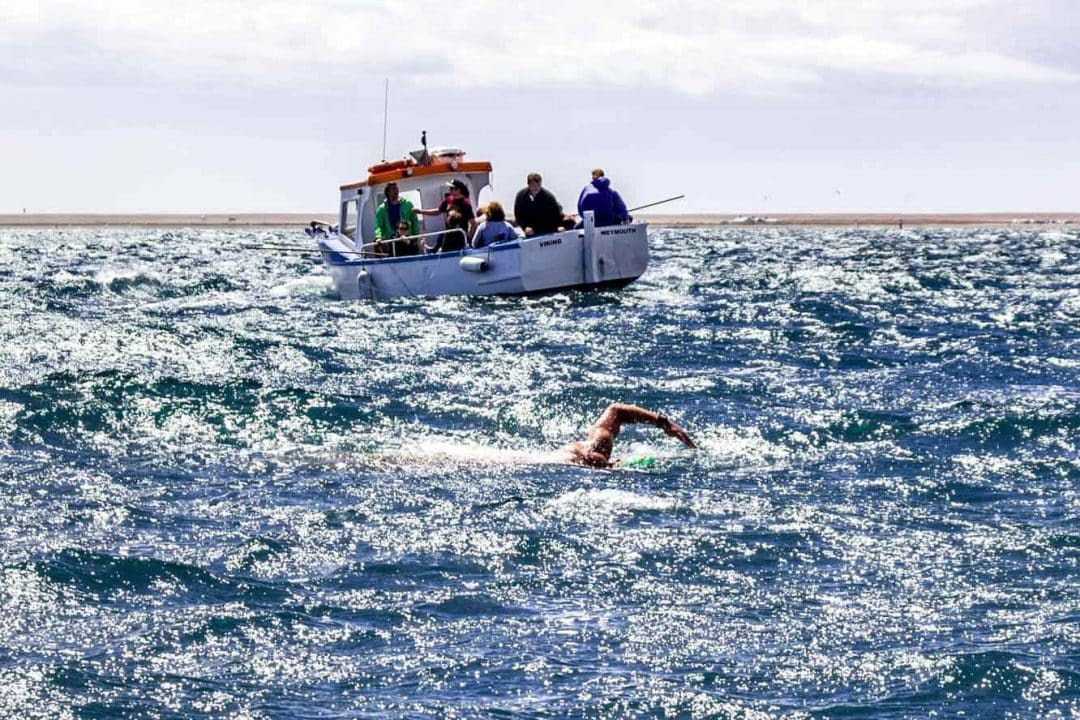 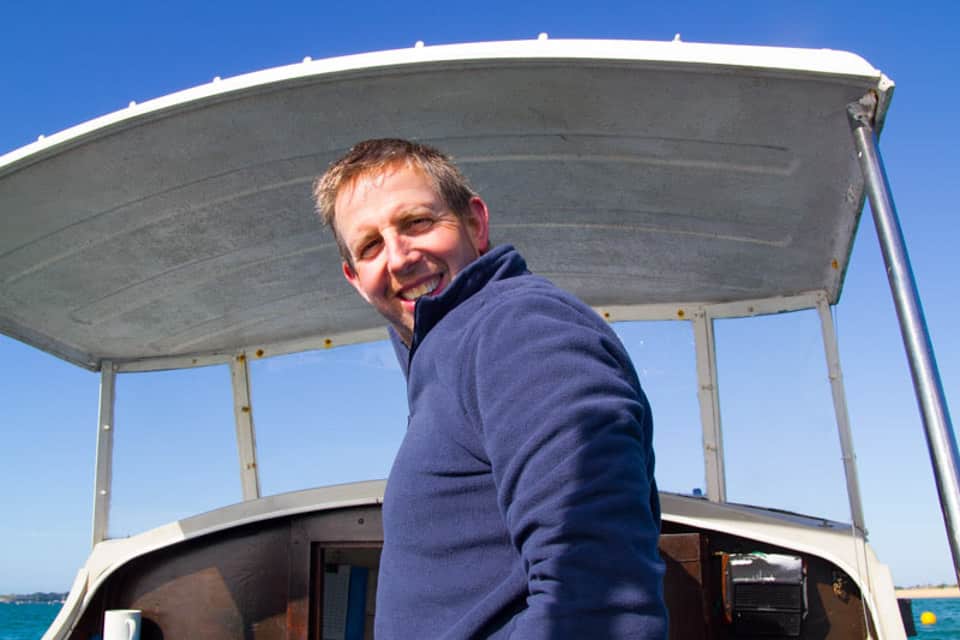 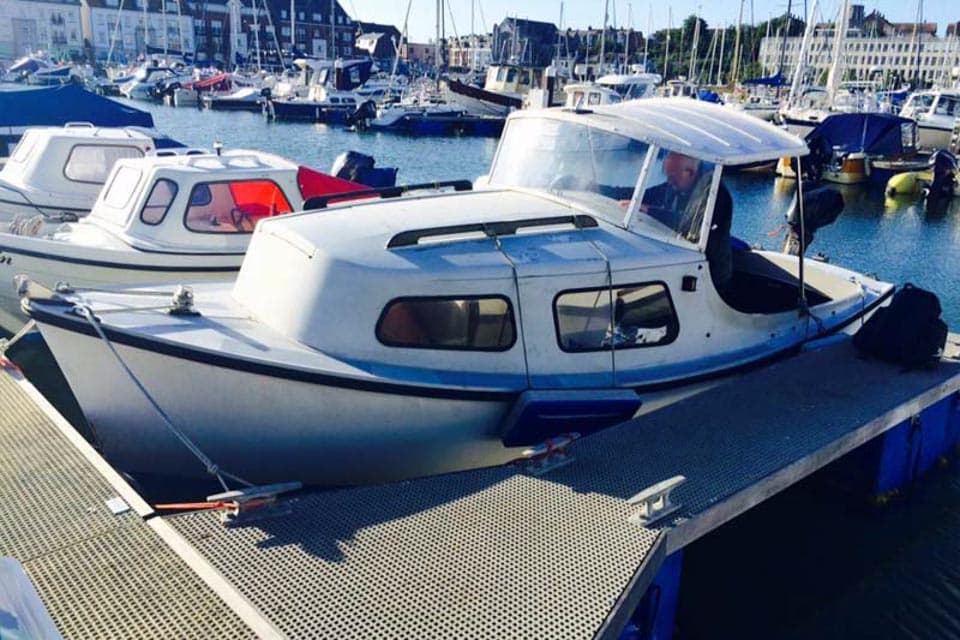 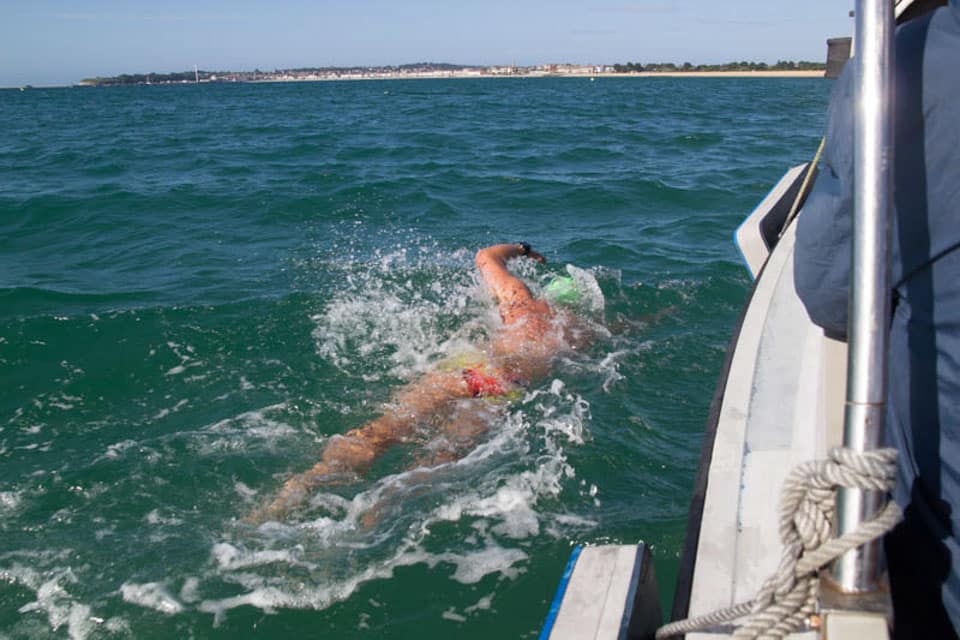 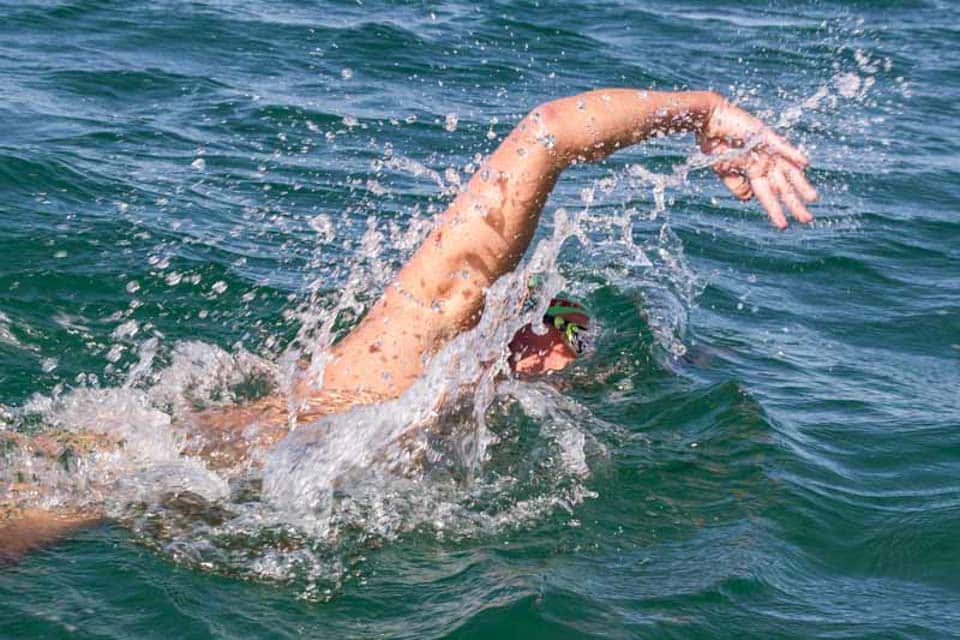 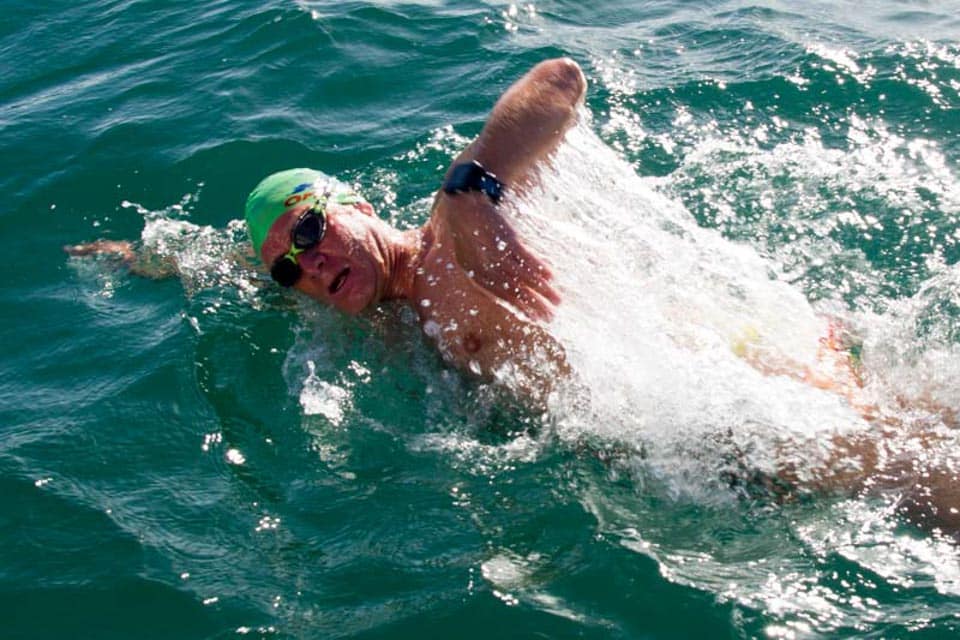 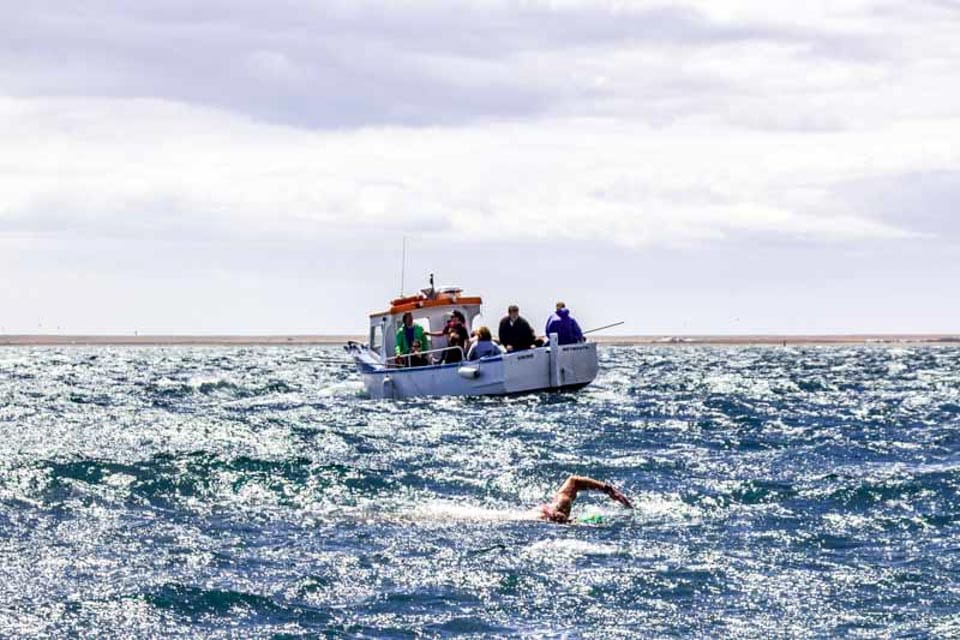 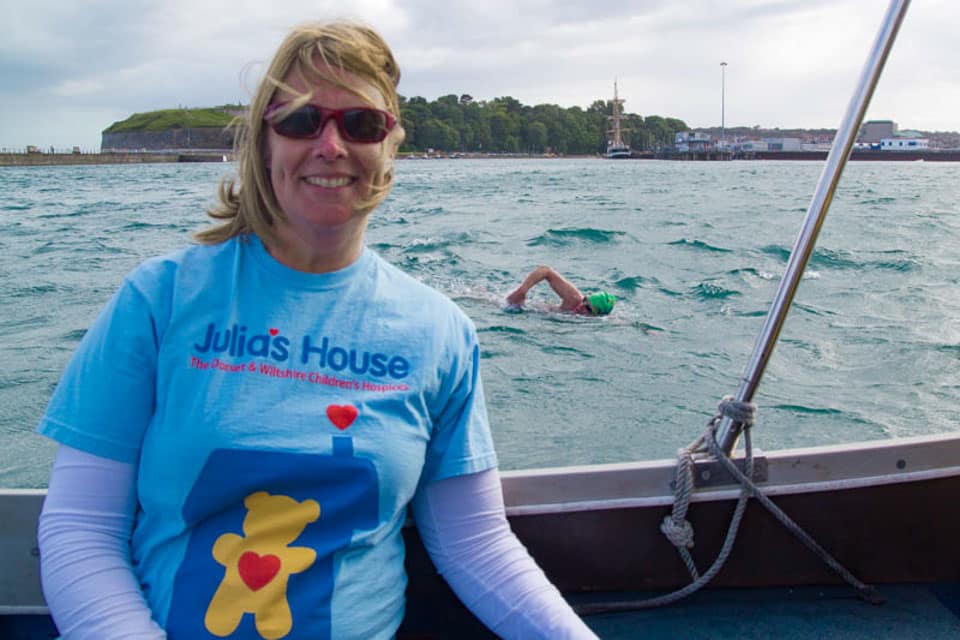