So it's friend and swim buddy Karen Rees that I have to thank for persuading me to take part in 2Swim4Life. She had been on my crew for my Channel solo attempt last July and I was on her crew for her successful English Channel solo swim in August. She knew when entries opened that we'd both need something to aim for. After such a major swim as a Channel solo it's easy to lose the plot. Also training regimes can be difficult to stick to, especially over the winter months, and motivation levels can drop off from time to time. Everyone is different but I find it easiest to stay motivated by having something to aim for. Even though it may surprise many who know me, I do actually always have a plan (well, almost always)!

Swim 12 miles in a chlorinated pool, stay up all night, it's absolutely gruelling...

A couple of years ago it got so cold people's wet towels froze overnight...

OK Karen, I hear you but I'm not convinced (yet)!

We were able to get to Guildford Lido the previous evening and pitch the tent that was to become base camp for the next day's event. It's a beautiful 10 lane 50m pool set in park land, so as pools go you probably couldn't ask for a better venue. So all set! In order to make the best use of lane space some swimmers were scheduled to start on the hour and some on the half hour.

The lanes are arranged roughly according to speed with the fastest in lane 1 completing miles in 21 to 23 minutes while some in lane 10 taking twice that amount of time. The achievement of the faster swimmers was undeniable; pumping out their miles at a consistent pace, getting out, warming up, resting and doing it over and over again. But the achievement and tenacity of the slower swimmers was in some ways even more laudable. Some swimmers were probably finishing their miles in 45 or 50 minutes and many of them were soloists so had only 10 minutes to get out, get a hot drink, eat and rest before having to get back in to do it all again. There were many open water swimming heroes at Guildford that day but, such is the nature of the sport and the people, the swimming royalty was equally distributed across the lanes.

So who enters this type of event?  Well all sorts really. It's not an elitist event and there were people from all kinds of swimming backgrounds. The emphasis seemed to be on fun, participation and personal achievement. There were lots of people that I knew and recognised from the Channel Swimming community but it was really good to see all of the groups that I regularly swim with in Poole Bay represented: Just Swim, Durley Sea Swims, Beyond The Blue and East Dorset Open Water Swimming Club.

Danny and the Love Train

I was allocated lane 3 where I met Danny Bunn and his team mates who were there to complete as soloists. Before the event Danny had contacted me to explain how they intended to swim in a draft - the "love train" as he called it! I count myself as an open water long distance swimmer and even do most of my pool training on my own, so I wasn't sure how I was going to transform a myself into a team player and swim like this. I tried to just do my own thing for the first couple of miles but it soon became obvious that lots of energy is wasted in overtaking or pausing to let people pass and then swimming hard to keep a place. Also I found it nearly impossible to keep count of my lengths! So I decided to join in with the love train and have to say that Danny and his mates were brilliant to swim with.

Each swimmer in the lane took a takes at the front of the pack swimming 200m before allowing themselves to be overtaken and falling to the back of the train. Following swimmers are then able to draft the leader so taking some of the pressure off. Pretty much the same way as it works in cycling really. The lead swimmer is the freshest and able to up the pace so the train as a whole completes miles faster than any individual swimmer would have done on the their own. In a gruelling event like this the train also keeps people focused and motivated. I was really impressed as all my miles were completed faster than expected. Our lane even put in a 25 minute mile at one point which was probably a bit too fast to be sustainable but the rest were all around 27 to 28 minutes. I was doing a duo so only had to swim 12 miles but I take my hat off to Danny and his mates as they were all soloists and swam the whole 24. They were consistent in speed and mental attitude throughout the event. A real pleasure to swim with them.

The first few miles ticked by for me without too much issue. But it was when the sun went down that things started to get harder. As darkness fell you're in the land of perpetual cold and damp which can drain both energy and enthusiasm. I was lucky to have support from so many friends at the event and in even from people that I'd never met before. There were difficult times and I was reportedly wandering around in the small hours trying to gain sustenance from a luke warm teabag muttering that I'd never put myself through this again. But, for balance, I must add that I was also heard saying the next day that I'd be well up for a solo next time!

I'd like to say a massive well done and thank you to everyone involved with 2Swim4Life, hats off to organiser Lesley Zimmerman who did a superb job. Lots of people were fantastic for lots of different reasons and the supporters and buddies who stayed up all night to look after their swimmers, count lengths and provide encouragement should get medals. It goes without saying that the biggest medal goes to Cold Wet Wife who supported Karen and I - Katja shared her birthday with the event and stayed up all night to support us.

2Swim4Life helped to raise funds for Place To Be, a wonderful charity that provides vital mental health support to children, their families and school staff in schools, so children can grow up with prospects, not problems. If you know anyone who swam and would like to sponsor them, please visit the Virgin donations page. 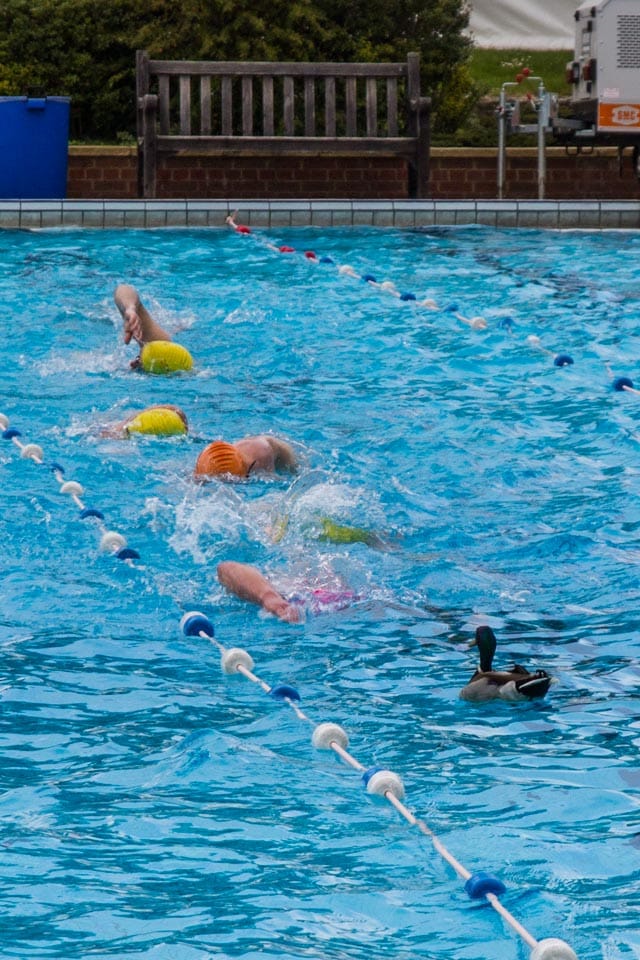 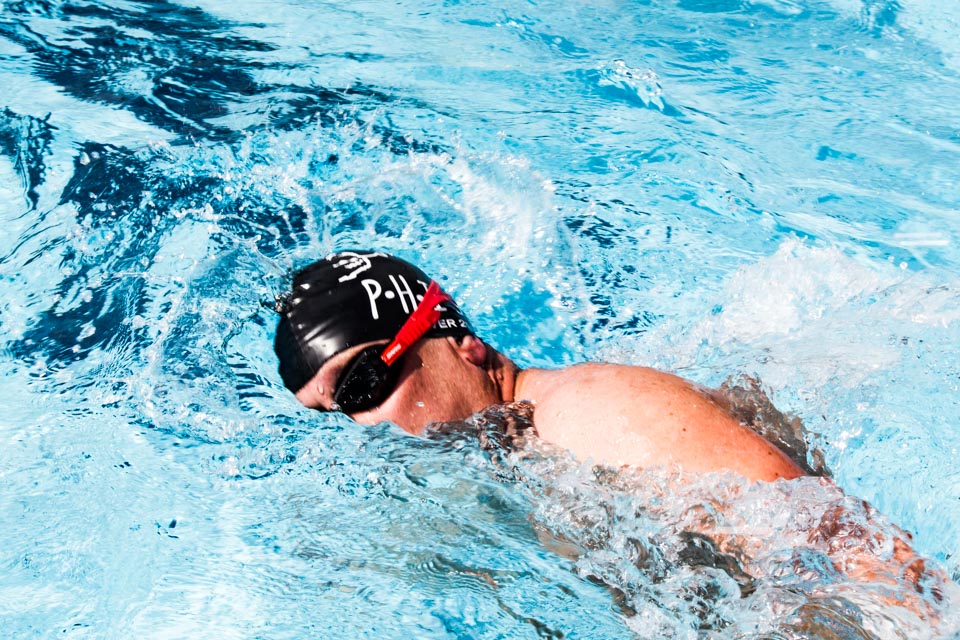 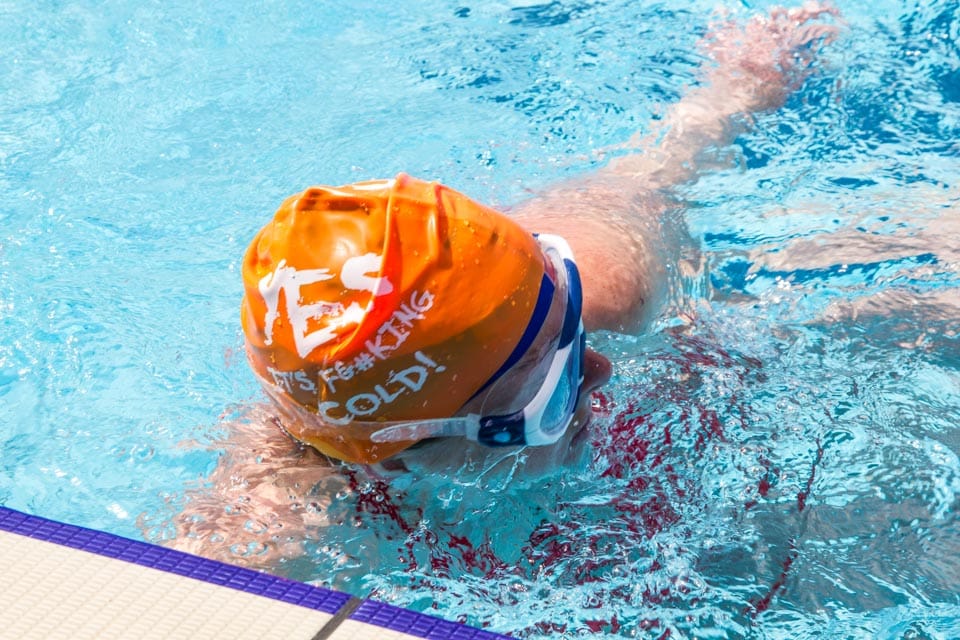 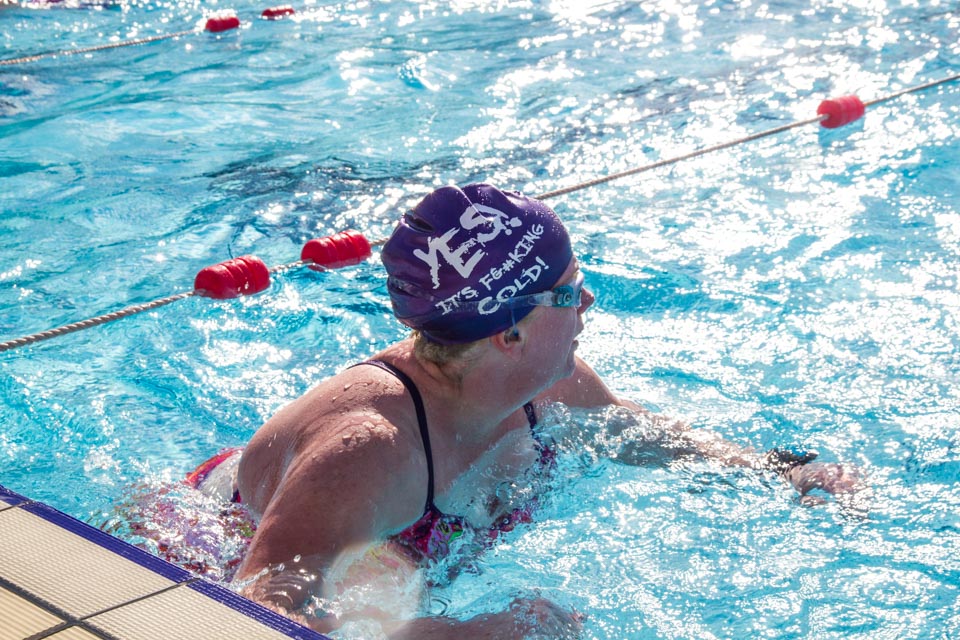 Is it cold Karen? 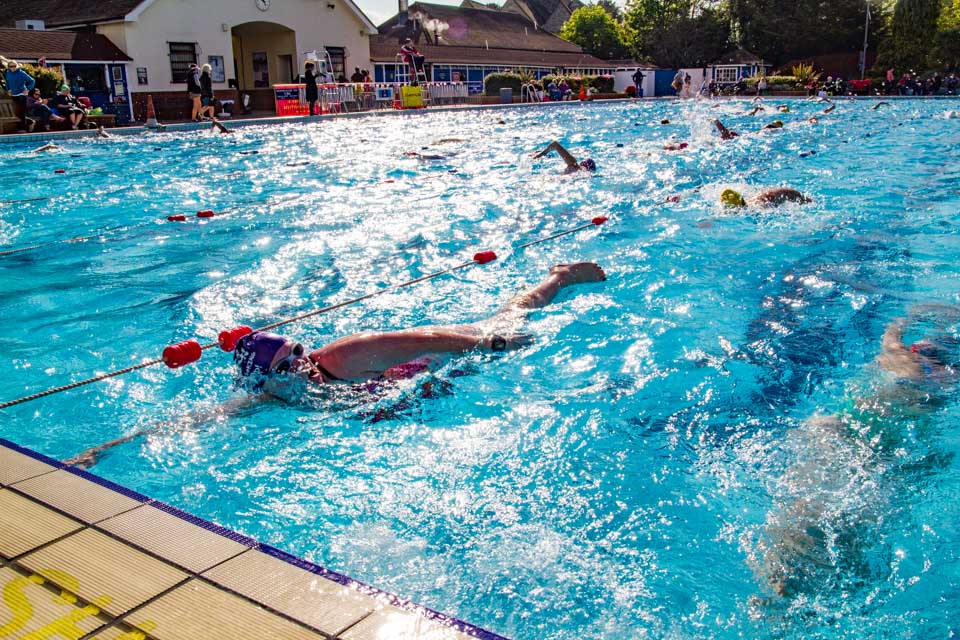 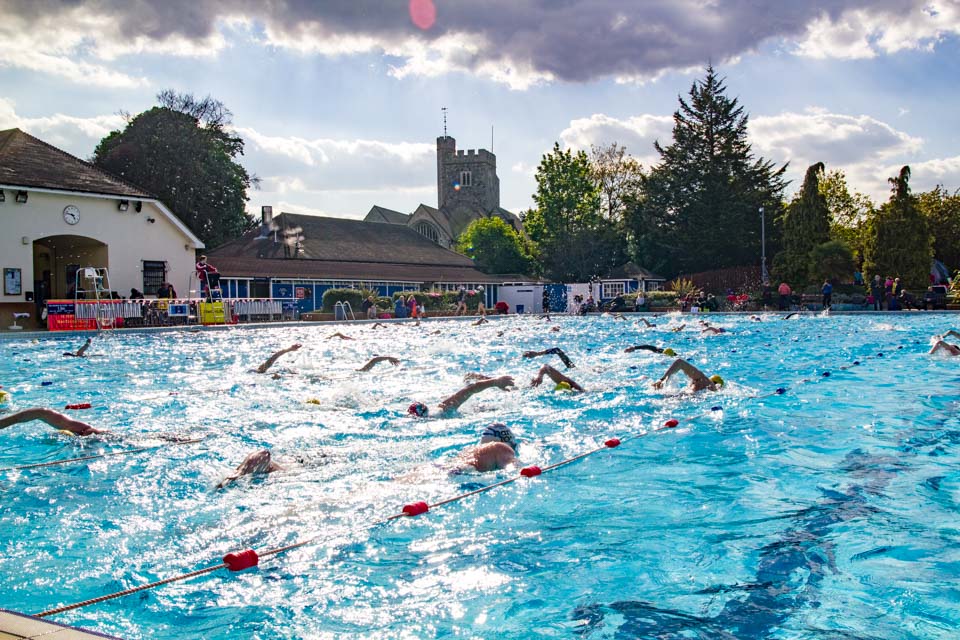 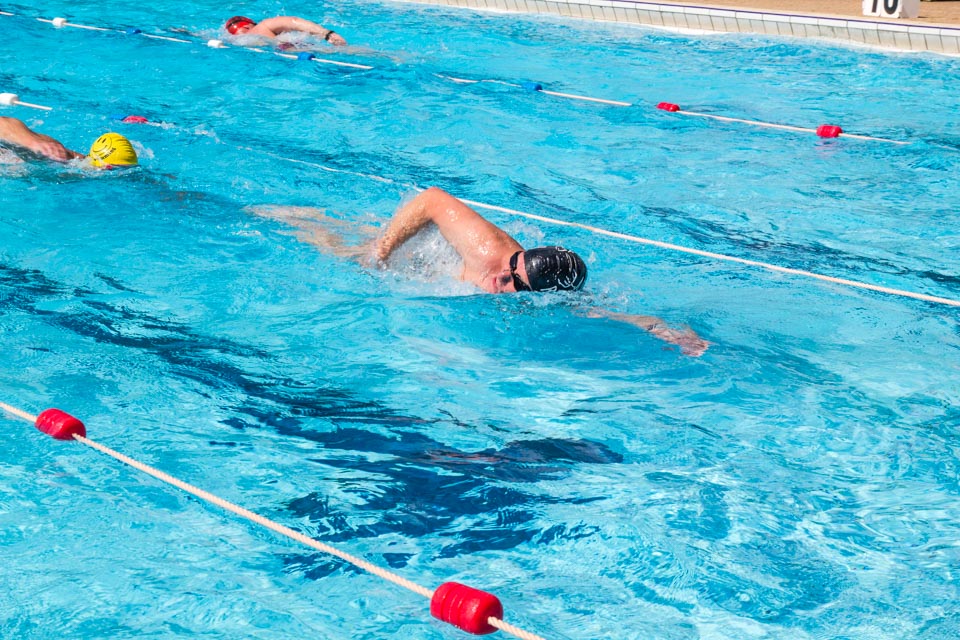 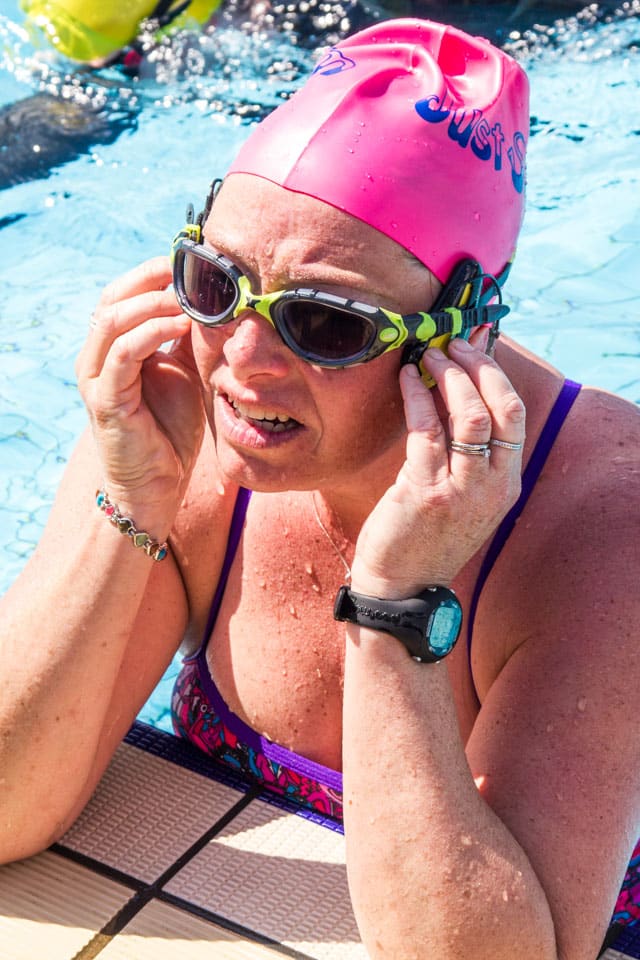 Are you sure you get the Archers on this thing? 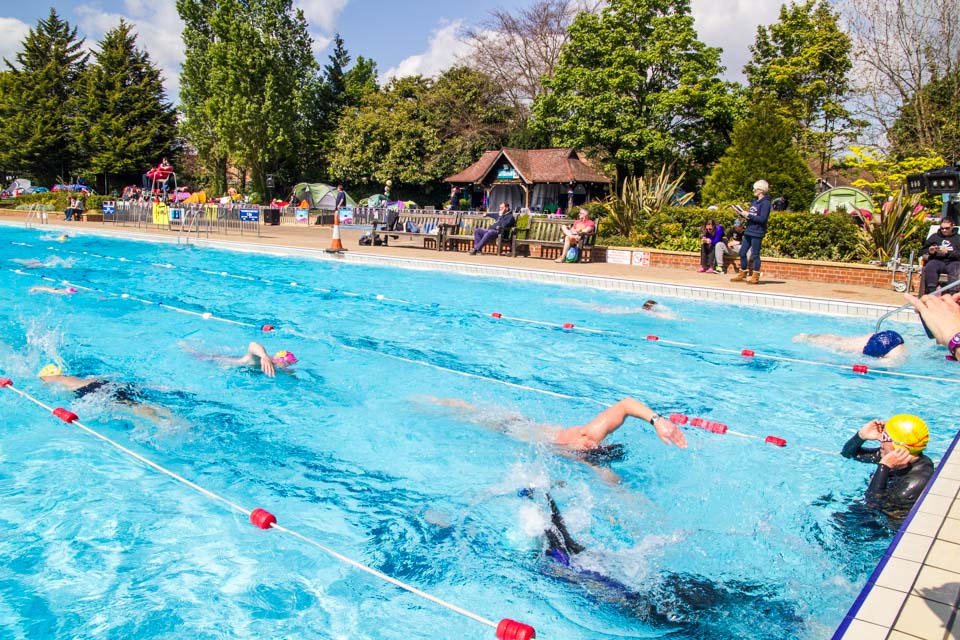 MIle 4 and the sun is shining 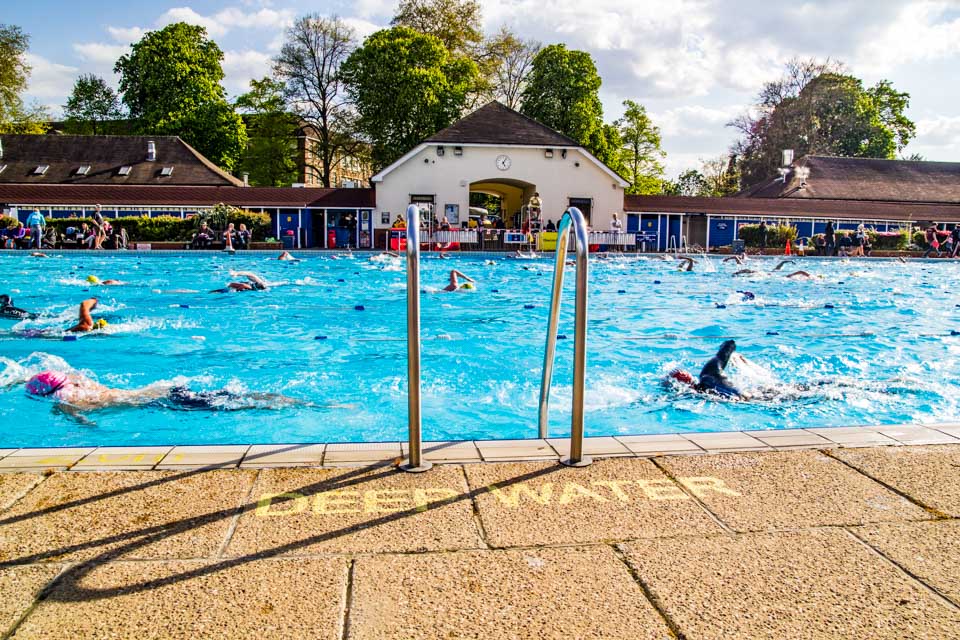 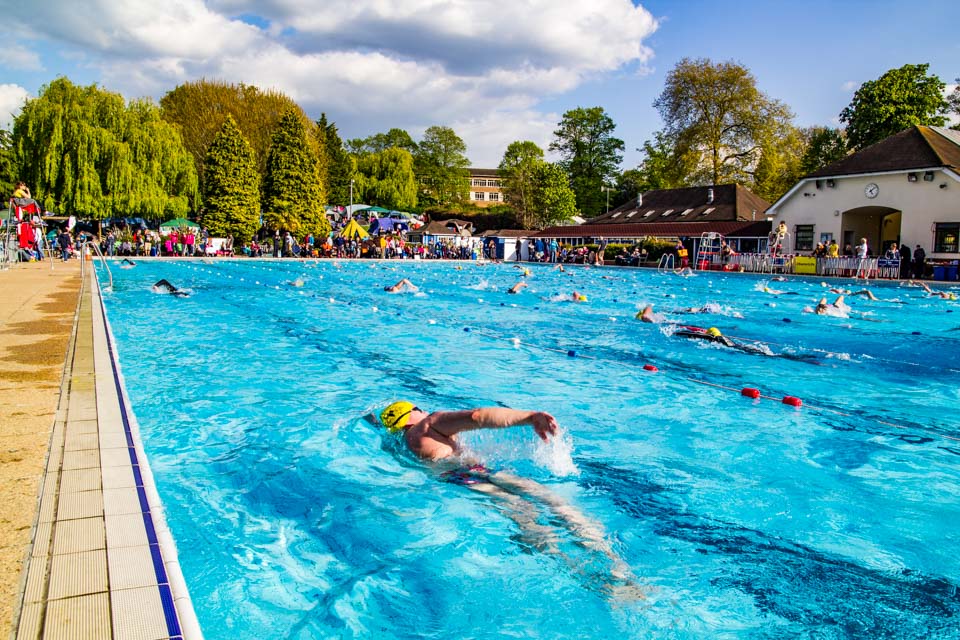 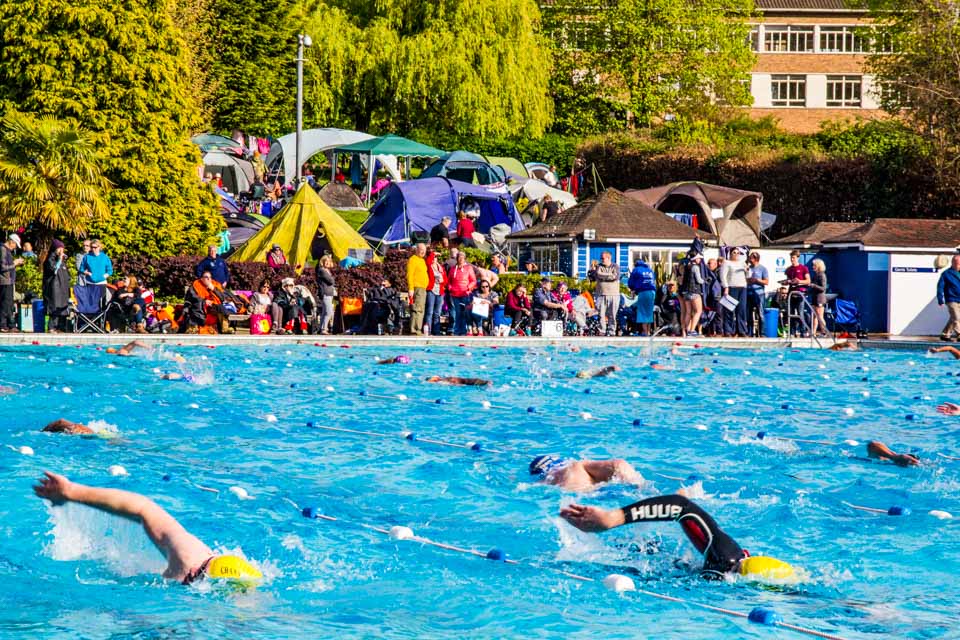 Nearly dry for the night shift 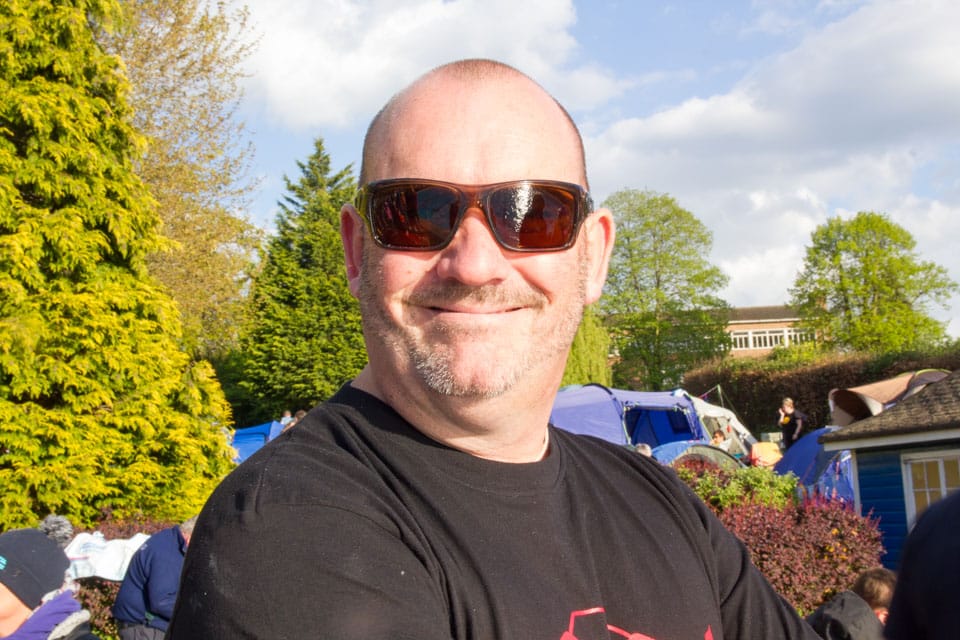 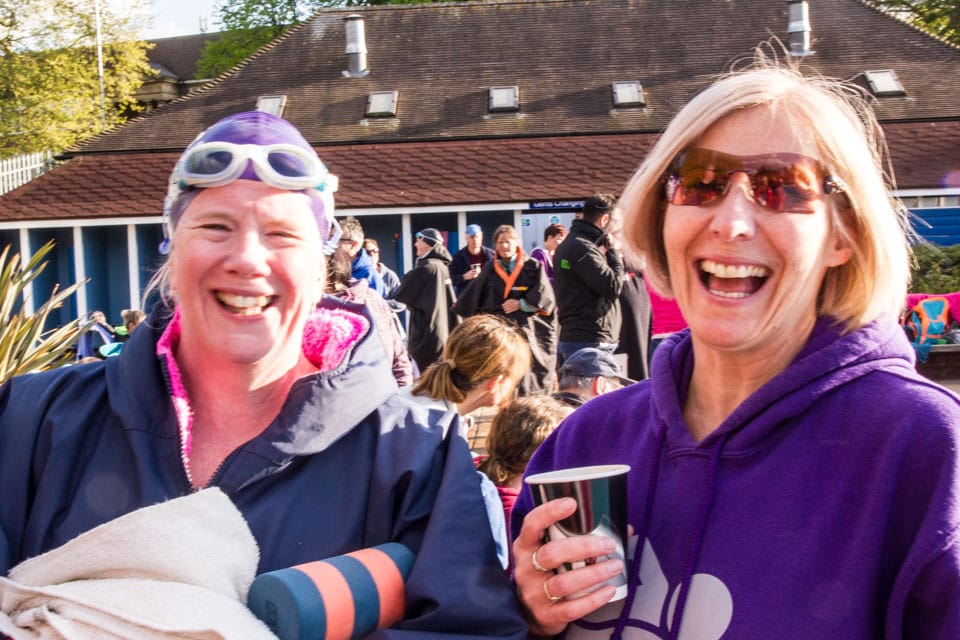 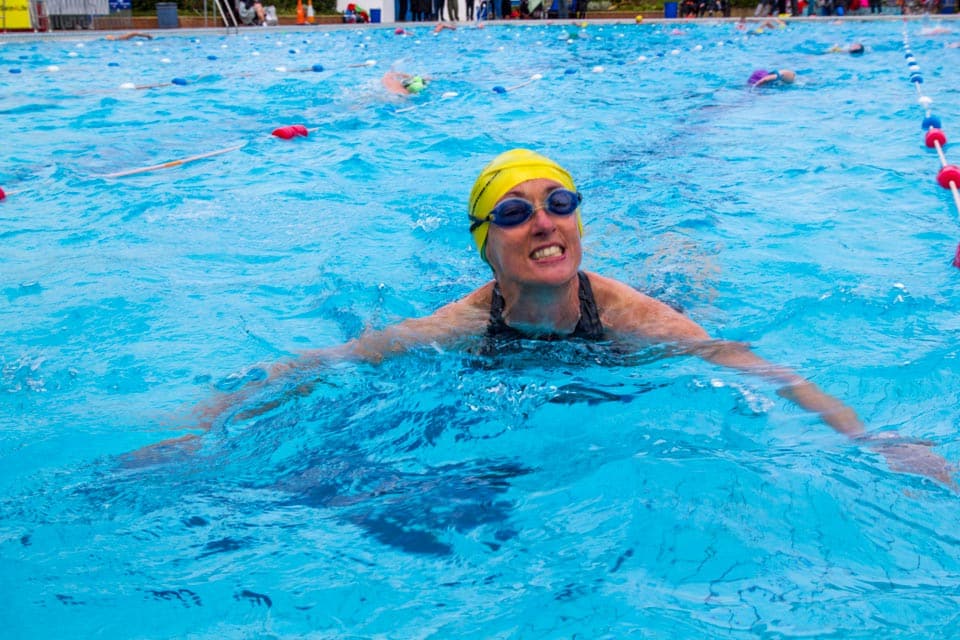 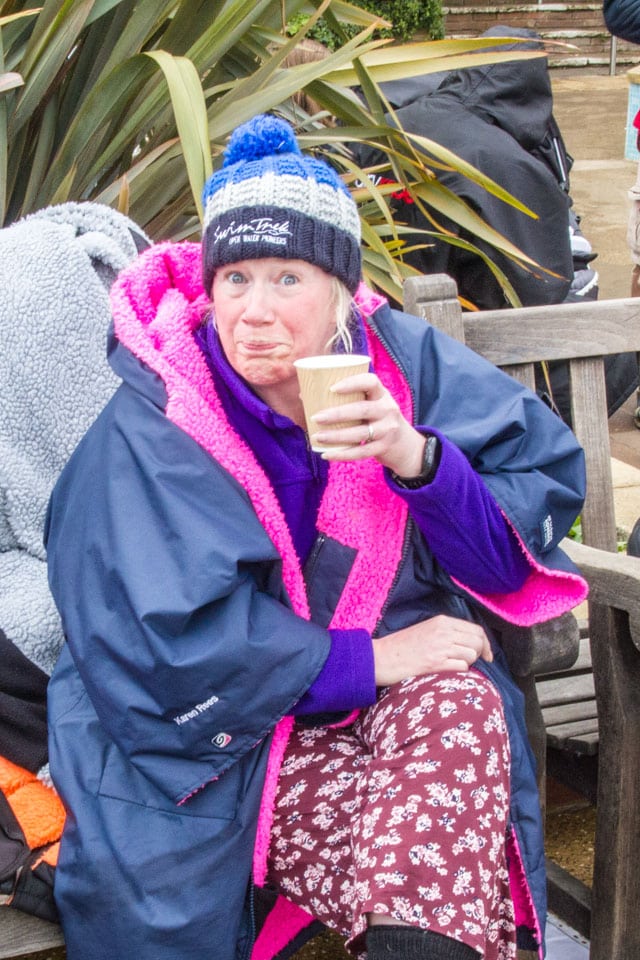 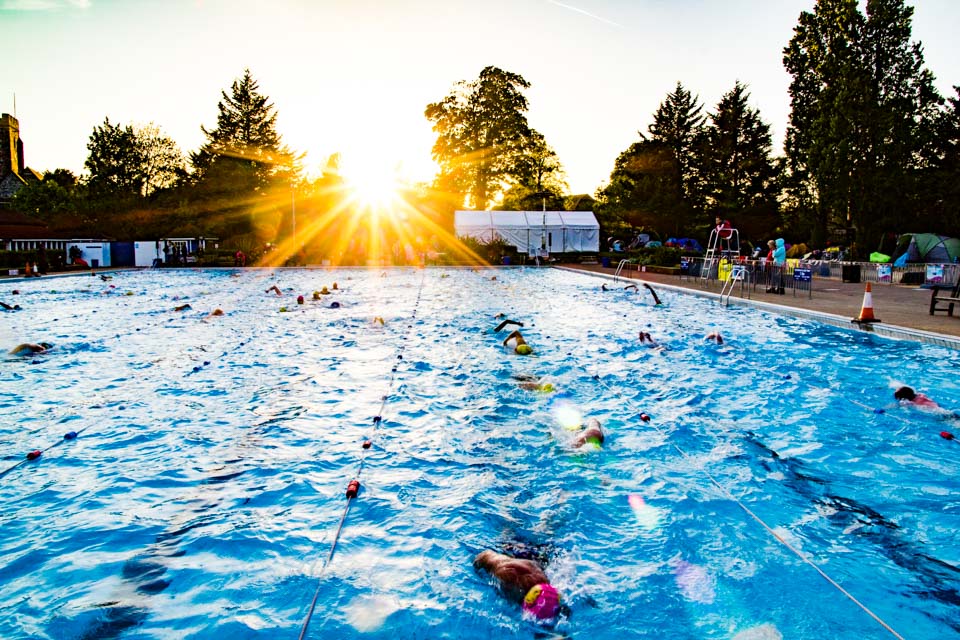 2 thoughts on “2Swim4Life at Guildford Lido”